In this post-apocalytpic sci-fi story, humanity has been devastated by the bizarre, giant humanoids known as the Titans. Little is known about where they came from or why they are bent on consuming mankind. Seemingly unintelligent, they have roamed the world for years, killing everyone they see. For the past century, what’s left of man has hidden in a giant, three-walled city. People believe their 100-meter-high walls will protect them from the Titans, but the sudden appearance of an immense Titan is about to change everything.

Chapters list:
1. To You, 2000 Years From Now
2. That Day
3. Night Of The Disbanding Ceremony
4. First Battle
(Cover and synopsis from Goodreads)

I don’t have many notes for these mangas, so I’m just going to write a mini review for each of them, sharing things I did and didn’t like about each.

My rating for Attack on Titan, Vol. 1 by Hajime Isayama:

5 huge stars. I put Volume 2 on hold at my library immediately after reading Volume 1 and I have debated just buying a whole bunch of them several times. The bitter war between the Empire and the Republic of Frost has ended, but three years after the cease-fire, the Empire is still ravaged by starvation and disease, and bandits terrorize the populace. Can the Imperial Army State Section III, aka Pumpkin Scissors, stop a renegade force with chemical weapons? And who is the mysterious stranger helping Pumpkin Scissors? (Cover and synopsis from Goodreads)

What I Liked:
What I Didn’t Like So Much:
My rating for Pumpkin Scissors 1 by Ryotaro Iwanaga:

More like 3.5 stars. I’m not champing at the bit to read the rest of these, but I might pick up the next one one day.

Disclaimer: I borrowed a copy of both of these books from my library. I was in no way compensated for this review. 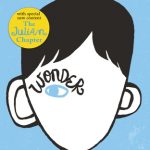