When Cynthia Rothschild’s best friend, Annie, falls head over heels for the new high-school librarian, Cyn can totally see why. He’s really young and super cute and thinks Annie would make an excellent library monitor. But after meeting Mr. Gabriel, Cyn realizes something isn’t quite right. Maybe it’s the creepy look in the librarian’s eyes, or the weird feeling Cyn gets whenever she’s around him. Before long Cyn realizes that Mr. Gabriel is, in fact . . . a demon. Now, in addition to saving the school musical from technical disaster and trying not to make a fool of herself with her own hopeless crush, Cyn has to save her best friend from the clutches of the evil librarian, who also seems to be slowly sucking the life force out of the entire student body! From best-selling author Michelle Knudsen, here is the perfect novel for teens who like their horror served up with a bit of romance, plenty of humor, and some pretty hot guys (of both the good and evil variety). (Cover and synopsis from Goodreads.)

I saw the cover of Evil Librarian at Book Expo America this year and thought to myself, “That is an awesome cover, and an awesome title.  And it would be perfect for a Blind Read!”  And I’m really glad I chose it as a Blind Read, because I ended up enjoying it even more than I thought I would!

Well, yes and no.  I thought, because of the cover, that it might be an adult book.  But I also conceded that it could be YA.  It turned out to be YA, which is cool with me because I love YA and I think if it had been an adult book it might have gone in a completely different direction.

My other theories were spot on.  I said that it would be about an evil librarian, which, shockingly, was correct.  (I’ve got all the smarts, people.)  And I thought that there would be some humor in the book, and I was very happy to find that I was correct in that theory.

Back To My Regularly Scheduled Review…

Things I learned from Evil Librarian:

I really enjoyed Evil Librarian.  I loved the humor of all the characters (including the demons), and I loved how the plot was set up.  Cyn realizes very early on that something is totally off with the librarian, and it is all confirmed really quickly as well.  In a lot of books, the main character would just have their suspicions for about a third of the book, and then their suspicions would be confirmed at about 2/3 of the way through the book, and the last third would have been spent defeating the demon.  Yet with the way Knudsen wrote this one, Cyn’s suspicions are confirmed not even 1/4 of the way in and this meant that the rest of the book was a mystery.  I had no idea where the plot was going to go (other than that they would try to defeat the demon librarian, obvs), and that made me really excited and happy.
Michelle Knudsen also gets some of my Bonus Points for several Star Wars references (50,000 points), and also a reference to my favorite Twilight Zone episode (50,000 points).  And I loved all the action and suspense, especially near the end of the book.  And have I mentioned the humor?  I totally loved all the humor!
My rating for Evil Librarian by Michelle Knudsen:

Actually more like 4.5 stars.  I really enjoyed it, and I’ll definitely be interested in reading more by Michelle Knudsen in the future!

You may also enjoy:  Servants of the Storm │ Good Omens

Disclaimer:  I received this ARC from the publisher, via Book Expo America, in exchange for my honest review. I was not compensated in any other way for this review. 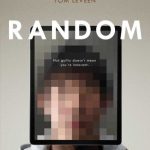