"Speak up for yourself--we want to know what you have to say." From the first moment of her freshman year at Merryweather High, Melinda knows this is a big fat lie, part of the nonsense of high school. She is friendless, outcast, because she busted an end-of-summer party by calling the cops, so now nobody will talk to her, let alone listen to her. As time passes, she becomes increasingly isolated and practically stops talking altogether. Only her art class offers any solace, and it is through her work on an art project that she is finally able to face what really happened at that terrible party: she was raped by an upperclassman, a guy who still attends Merryweather and is still a threat to her. Her healing process has just begun when she has another violent encounter with him. But this time Melinda fights back, refuses to be silent, and thereby achieves a measure of vindication. In Laurie Halse Anderson's powerful novel, an utterly believable heroine with a bitterly ironic voice delivers a blow to the hypocritical world of high school. She speaks for many a disenfranchised teenager while demonstrating the importance of speaking up for oneself.

Speak was a 1999 National Book Award Finalist for Young People's Literature. (Cover and synopsis from Goodreads.)

FTC Disclaimer: I borrowed a copy of this book from my local library. I was in no way compensated for this review.

So, I watched the movie adaptation of Speak first. I know, I know, that’s kind of blasphemy. I do usually try to read books before seeing their adaptations, but I honestly don’t even know why I watched the movie adaptation. I’m pretty sure it was like a Showtime movie and I just watched it because it was on. I didn’t know anything about the book back then. But I do have to say that I think Kristen Stewart did a fantastic job in the movie. I haven’t watched it again, but I do remember thinking she was really good in it. (And no, I’m not a KStew fangirl. But I don’t really have hate for her, either.)

Back to the Book…

But anyway, I’m glad that I finally got around to reading the book. I read it for my book club, and we all seemed to agree that it was a good and important book. I feel like it should be taught in high school. It does have some triggering content (rape and sexual assault) in the book, so it would be hard for some people to read it, and I don’t think those people should be forced to. But I think that teen boys should read it, as well as teen girls. And not just for the rape aspect either, but for the empathy that a reader might gain in reading what Melinda goes through when she’s shunned by her entire school. I also really liked the writing and the sarcasm throughout the book.

I wrote down some lines that I really liked from the book, and here are a couple of my favorites:

“If I ever form my own clan, we’ll be the Anti-Cheerleaders. We will not sit in the bleachers. We will wander underneath them and commit mild acts of mayhem.”

“Sometimes I think high school is one long hazing activity. If you are tough enough to survive this, they’ll let you become an adult. I hope it’s worth it.”

I really enjoyed Speak, and I think most of the others in my book club enjoyed it, too. I think it’s a YA classic at this point, and that any fan of YA should read it. And I really think it’s an important book for teens to read. 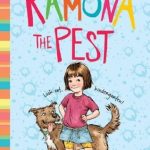