The first thing you’re going to want to know about me is: Am I a boy, or am I a girl?

Riley Cavanaugh is many things: Punk rock. Snarky. Rebellious. And gender fluid. Some days Riley identifies as a boy, and others as a girl. The thing is . . . Riley isn’t exactly out yet. And between starting a new school and having a congressman father running for reelection in uber-conservative Orange County, the pressure—media and otherwise—is building up in Riley’s so-called “normal” life.

On the advice of a therapist, Riley starts an anonymous blog to vent those pent-up feelings and tell the truth of what it’s REALLY like to be a gender-fluid teenager. But just as Riley’s starting to settle in at school—even developing feelings for a mysterious outcast—the blog goes viral, and an unnamed commenter discovers Riley’s real identity, threatening exposure. Riley must make a choice: walk away from what the blog has created—a lifeline, new friends, a cause to believe in—or stand up, come out, and risk everything. (Cover and synopsis from Goodreads.)

I have to admit something. Although I LOVE that Riley’s birth gender was never stated in this book, I found myself wondering whether Riley was born as a boy or a girl. And I don’t like to admit that. Because I want to be as good of an ally as possible. I myself fall under the LGBTQIA+ umbrella, but that doesn’t meant that I don’t have my own biases. But I like to think that I don’t have any biases and that I wouldn’t ask a gender fluid person what gender they were born with. I wouldn’t ask that–I really wouldn’t, because first of all, that would be incredibly rude, and second of all, it’s none of my business. And it doesn’t affect me in any way whatsoever. But I might contemplate it to myself, as I did while reading Symptoms of Being Human. And I’m not happy about that. But I can try to keep myself from wondering, and what this book is, at least in some part, trying to teach us, is that it doesn’t matter. If I’m speaking to a transgender girl, her birth gender doesn’t matter. And if I’m speaking to a gender fluid person, their birth gender doesn’t matter either. Really, gender doesn’t matter, unless I’m trying to hook up with that person and, being married, I’m not, so it just doesn’t matter.

Anyway, I thought that Symptoms of Being Human did a great job of explaining what it feels like to be gender fluid. I also learned a lot about gender dysphoria, which I honestly hadn’t thought about much before reading this book. And it also helped to make me cringe at a couple of my own biases, and that will, in turn, allow me to do better in the future. And as someone with panic disorder, I was happy to see realistic depictions of panic attacks. There was also some wonderful writing and beautiful phrases, and some great humor sprinkled throughout.

Garvin gets some of my Bonus Points for the following reasons:

My rating for Symptoms of Being Human by Jeff Garvin:

4 stars. I think this is an important book for anyone to read to understand more about what it means to be gender fluid.

Find it:  Goodreads │ Amazon │ HarperCollins
Disclaimer:  I received a copy of this book from the publisher, via Edelweiss, in exchange for my honest review. I was not compensated in any other way for this review. 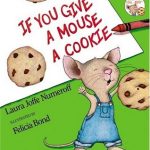