Annah’s world stopped that day, and she’s been waiting for Elias to come home ever since. Somehow, without him, her life doesn’t feel much different than the dead that roam the wasted city around her. Until she meets Catcher, and everything feels alive again.

But Catcher has his own secrets. Dark, terrifying truths that link him to a past Annah has longed to forget, and to a future too deadly to consider. And now it’s up to Annah: can she continue to live in a world covered in the blood of the living? Or is death the only escape from the Return’s destruction? (Cover and synopsis from Goodreads.)

*Warning:  This is the third book in a series.  While I really don’t like spoilers, you will find some slight spoilers for the first two books in this review. Read on at your own risk.*

As with all of my mini reviews, I’m just going to share some of my notes:

My rating for The Dark and Hollow Places by Carrie Ryan:

Actually 4.5 stars. I didn’t love it as much as The Forest of Hands and Teeth, but I enjoyed it more than The Dead-Tossed Waves. Overall, I really loved this series and want to read all the novellas, and I can’t wait for the movie adaptation of book 1!

Disclaimer: I borrowed a copy of this book from my library. I was in no way compensated for this review. 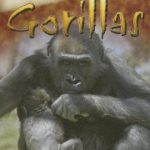