Kell is one of the last Travelers—rare magicians who choose a parallel universe to visit.

Grey London is dirty, boring, lacks magic, ruled by mad King George. Red London is where life and magic are revered, and the Maresh Dynasty presides over a flourishing empire. White London is ruled by whoever has murdered their way to the throne. People fight to control magic, and the magic fights back, draining the city to its very bones. Once there was Black London—but no one speaks of that now.

Officially, Kell is the Red Traveler, personal ambassador and adopted Prince of Red London, carrying the monthly correspondences between royals of each London. Unofficially, Kell smuggles for those willing to pay for even a glimpse of a world they’ll never see. This dangerous hobby sets him up for accidental treason. Fleeing into Grey London, Kell runs afoul of Delilah Bard, a cut-purse with lofty aspirations. She robs him, saves him from a dangerous enemy, then forces him to another world for her ‘proper adventure’.

But perilous magic is afoot, and treachery lurks at every turn. To save all of the worlds, Kell and Lila will first need to stay alive—trickier than they hoped. (Cover and synopsis from Goodreads.)

I Wanna Be Like Victoria Schwab When I Grow Up…

Once again, Schwab delivers. And delivers. And delivers. Her beautiful writing is surpassed only by her amazing characters and intricate plots. Seriously, that writing–it’s amazing. It’s the type of writing I’m shooting for in my own novel. Here’s just one example: “She wasn’t his family. He wasn’t hers. She didn’t need his worry, and he didn’t need her weight.” I totally want to be like Victoria Schwab when I grow up. And that’s not even one of the best lines, it’s just the only example I could find when writing this review.


Anyway, this book is spectacular. I love time travel so spatial travel is freaking awesome. Kell reminded me of a mix between Victor from Vicious (another one of Schwab’s books), and the Doctor from Doctor Who. Which doctor, you ask? Probably 9. Or maybe a mix of 9 and 10. Yeah, that sounds right.


And Lila is the coolest. She wants to be a pirate, you guys. AND I WANT HER TO BE A PIRATE, TOO. And I LOVED the bad guys in this book. At times I hated Holland so much and at times I felt so sorry for him. And the twins, Athos and Astrid. There’s just something I love about evil twins. And those two were SUPER EVIL.


And RHY. Rhy is probably my favorite character in the book and he’s not even in it that much. I NEED A RHY BOOK.


I was reminded of the movie Fallen (great movie, guys, if you haven’t seen it), and a few different scenes in the Harry Potter books. And I loved how being Antari (the term for what Kell is, a Traveler) isn’t genetic, because that adds a different kind of aspect to the book. And there was just so much interesting and creepy stuff going on in this book, along with tons of great suspense.


My rating for A Darker Shade of Magic by V.E. Schwab:

4.75 stars, actually. I was instantly pulled into the story, and I was thrilled to be on such a fantastic ride.

Find it:  Goodreads │ Amazon │ Macmillan
You may also enjoy:  Vicious │ Crewel
Disclaimer:  I purchased this book myself.  I was not compensated in any way for this review. 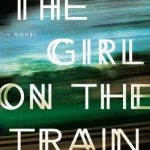