The king’s scholar, the magus, believes he knows the site of an ancient treasure. To attain it for his king, he needs a skillful thief, and he selects Gen from the king’s prison. The magus is interested only in the thief’s abilities.

What Gen is interested in is anyone’s guess. Their journey toward the treasure is both dangerous and difficult, lightened only imperceptibly by the tales they tell of the old gods and goddesses. (Cover and synopsis from Goodreads.)

I have owned The Thief for a few years now, and it has always been on my TBR stacks of soon-to-be-read books, but I finally got around to reading it last month. I’ve just recently been getting more and more into fantasy books, and I think that The Thief is definitely one that should be read by fans of YA (and Middle Grade) fantasy.

The Thief is kind of a slow book, and kind of a quiet one. And the humor is often really subtle as well, but I really enjoyed that aspect of it. At times it was a sly, subtle humor, other times it was sarcastic, and other times it was like a physical humor that’s being described–pratfalls and things that would get a laugh from a movie audience. I found myself laughing out loud a lot and I didn’t expect that. There were also some suspenseful scenes, and creepy ones as well!

I enjoyed the stories they told about the old gods, and I liked how the world is based on Greece. There was definitely a lot of cool worldbuilding going on. I also enjoyed the twists, even though I saw one of them coming way before the reveal. With another twist, I had my aha moment just before the reveal, and that was pretty cool. And I also loved how Gen talks about how, in war, the other side is made up of people with hopes and dreams and values, just like the side we’re on.

My rating for The Thief by Megan Whalen Turner:

Actually 4.5 stars. I really enjoyed all the humor and the twists and turns, and just this world and the characters in it. The only thing that I really wish had been in this book that wasn’t is a map of the world. I need that map! Maybe it’ll be in the other books. I’ll be reading all of those very soon! 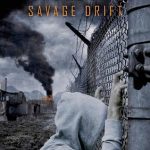