So recently NPR had a poll to find out the “100 Best-Ever Teen Novels.”  I voted (as I’m sure many of you did), and although I can’t remember exactly all of my votes, I know that several of the books I voted for ended up in the top 100.

I was going through the blogs in my Google reader the other day, and I stumbled upon a post by Nina from Nina Reads.  She decided to list all of the 100 books that won that poll, and to designate which books she had already read, and therefore she’d have a handy list to refer to later in her attempts to try to read as many as possible.  I’ve decided to do the same thing.  Like her, the books I have read are in bold.

(Make sure to read on past the list, because I’ve got some more stuff down there!)

*I have read The Giver, but not the entire series yet.  Same goes with Anne of Green Gables, the Graceling series, and the Song of the Lioness series.


So, wow, I’ve only read 25 out of 100.  Granted, I only started really reading Young Adult novels about a year or two ago…  Anyway, I hope to read many more of these (I own lots of them!) and I’ll update this list as I go.


I know there have been polls in the past where we can vote on the best books of the previous year, or our book boyfriends, etc.  But I haven’t seen one where just book bloggers nominate and vote for their favorite YA books of all time.  If there is one, please let me know!

I have been nominated for a Bloggy Award!  I’m so excited and honored!  I have no idea who nominated me, but I was nominated for my review of The Fault in Our Stars by John Green, which was actually my very first review on this blog!  So thank you to the mystery person who nominated me–you’re awesome!  And apparently I have to have several nominations if I want to be an official nominee, so if you guys think I deserve the award, please nominate me again!


Also, I just came up with a new feature for my blog, which I’m super excited about!  I’ve been trying to come up with a feature for a while now–I really wanted to do something other than just reviews and memes.  I really wanted to come up with my own kind of individual posts for my blog.  So coming soon, I’m going to have a feature called Blind Reads.  I’m not going to tell you guys what it’s all about yet, but look for it soon!  And if anyone wants to design me a little button/header thing for the posts, that would be super awesome!  (I’m looking at you Jessie!) ;)


And one more thing:  coming soon Jessie from The Daily Bookmark and I will be hosting another readalong.  This time, we’ll be reading the His Dark Materials series!  We’ll be reading all 3 books and the readalong will be throughout September and October.  We hope to have some more informational posts up soon, and we’d love for anyone and everyone to join us!


Have a great day and DFTBA! 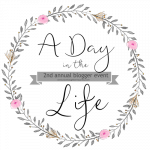