In Hollywood, fame can be found on every corner and behind any door. You just have to know where to look for it. Nineteen-year-old Madison Parker made a name for herself as best frenemy of nice-girl-next-door Jane Roberts on the hot reality show L.A. Candy. Now Madison's ready for her turn in the spotlight and she'll stop at nothing to get it. Sure, she's the star of a new show, but with backstabbing friends and suspicious family members trying to bring her down, Madison has her work cut out for her. Plus, there's a new nice girl in "reality" town—aspiring actress Carmen Price, the daughter of Hollywood royalty—and she's a lot more experienced at playing the fame game... When the camera's start rolling, whose star will shine brighter?

Filled with characters both familiar and new, Lauren Conrad's series about the highs and lows of being famous delivers Hollywood gossip and drama at every turn. (Cover and synopsis from Goodreads.)

Let me just preface this review by stating that I, in my mid-to-late twenties, enjoyed the heck out of Laguna Beach, The Hills, and The City, but especially The Hills. All three were guilty pleasures of mine. And to this day, I always find myself wanting to rewatch all of them. But then when I actually do start to rewatch them, I just can’t handle the drama anymore. It’s one of those that I just can’t revisit. It was good while it lasted, but I just can’t go back there.

However, with Lauren Conrad’s L.A. Candy and Fame Game series, it looks like I could go back there, just without the stuff that made it, well, addicting. I haven’t read any of the L.A. Candy series, and this is the only Fame Game book I’ve read, so I can’t speak to whether those books possess the shows’ “it factor,” but I can say that The Fame Game just didn’t have “it,” and I most likely won’t be reading the other books to see if “it” is lacking there, too.

But Not So Much of a Guilty Pleasure Anymore…

I mean, I actually wrote the words “Hoo boy” in my notes. This is not looking good, folks. So I’ll just dive right in to my observations. First of all, this book is about 4 girls who are chosen to be on a reality show about girls “on the verge of making it in Hollywood.” But only 3 of those 4 girls get their own P.O.V. chapters. Gaby, the one who doesn’t, might have been the star of the first series, so maybe that’s why? Otherwise, I’m just not sure why she doesn’t get her own chapters, while all the other girls do, and even some of the side characters do, as well.

Also, it seemed like a lot of scenes–major drama-filled key scenes–were left out. Characters are stressed out because they have to see and interact with each other in the future, but then we never actually see that scene when they interact. Drama supposedly happened, but we just vaguely hear about it after the fact. And I found myself being kind of bored. There just really wasn’t that much drama, because there was so much anticipation for the drama, but then the drama didn’t happen.

Yes, I realize that I said that I couldn’t watch The Hills anymore because I couldn’t handle the drama, and here I am saying that this book doesn’t have enough drama. I get the irony there. But without drama and conflict in books (and reality TV shows), there just isn’t much of a story. Stories must have conflict. And while there are some *things* that happen in The Fame Game that could be considered conflict, they mostly fizzled out before anything actually happened. And with other conflicts, they were extremely predictable and therefore ended up being lackluster as well. There were also some redundant characters. Just because LC may have had two production assistants when she was on The Hills doesn’t mean that two production assistants are necessary in this book.

At times, The Fame Game was entertaining, but it was mostly boring and predictable. The thing we love about shows like The Hills is the drama. Even if we don’t like drama in our own lives, for some reason we enjoy watching others go through it. And unfortunately, The Fame Game was really pretty drama free, resulting in a book that wasn’t anywhere near as addicting as the shows it emulates. 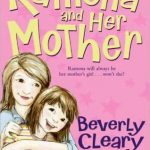