Set in the visionary future of Atwood’s acclaimed Oryx and Crake, The Year of the Flood is at once a moving tale of lasting friendship and a landmark work of speculative fiction. In this second book of the MaddAddam trilogy, the long-feared waterless flood has occurred, altering Earth as we know it and obliterating most human life. Among the survivors are Ren, a young trapeze dancer locked inside the high-end sex club Scales and Tails, and Toby, who is barricaded inside a luxurious spa. Amid shadowy, corrupt ruling powers and new, gene-spliced life forms, Ren and Toby will have to decide on their next move, but they can’t stay locked away. (Cover and synopsis from Goodreads.)


Because this is the second book in a series, I want to avoid spoilers, so I’m just going to share some of my notes with you, in the form of a mini review:

My rating for The Year of the Flood by Margaret Atwood:

My review of Oryx and Crake (MaddAddam Trilogy #1) by Margaret Atwood
Disclaimer:  I purchased this book myself.  I was not compensated in any way for this review. 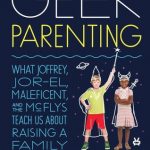