Spider-Man: Spider-Man versus Electro (Spider-Man Marvel Comics)
Written by: Susan Hill
Illustrated by: MADA Design, Inc.
Published by: HarperCollins Children’s Books
Published: 2009
Where we got it: In the Kiddo’s stocking (From Santa)

Spider-Man is in for a shock! Electro plans to steal the city’s power supply, and he won’t let anything get in his way. Can Spider-Man save the day before it’s too late?

We read the book.


Me: What was this book about?

Me: So what was your favorite part?


Kiddo: (Thinks for a while) When Spider-Man ran into the pipe.


Me: Why is that your favorite part?


Kiddo: Because he figured out what to do next.


Me: What’s your least favorite part?


Me: Why is that your least favorite part? Because Flash is mean to Peter?


Kiddo: Yeah. (He was not feeling too talkative today.)

Me: So how many stars would you give this book?


Kiddo: Because I like the pictures and the writing.


Me: Would you like to say anything else about the book?


Kiddo: I give it 2 thumbs up! (He then tries to draw a thumb on my notes and then writes “I give up!!!” on the paper.)
The Verdict…
Since the Kiddo is still learning to read (and he’s starting to get really good at it!), these I Can Read early reader books are great. And I love the fact that they use characters and subject matter that kids are truly interested in, because it really helps them to enjoy reading right from the beginning. The Kiddo gives Spider-Man versus Electro 1,000 stars, but I’m going to give it:

4 stars from the both of us. Spider-Man is one of the Kiddo’s absolute favorite characters, and I love that he can read a book about him all by himself!

Find it:  Goodreads │ Amazon │ Book Depository
Disclaimer: The Kiddo received this book from Santa in his stocking. We were in no way compensated for this review. 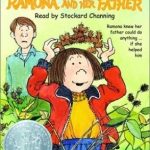 Kiddo’s Corner Reviews: Mr. Brown Can Moo! Can You? by Dr. Seuss 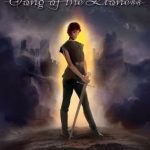