When Dinosaurs Came with Everything
Written by: Elise Broach
Illustrated by: David Small
Published by: Atheneum Books For Young Readers, an imprint of Simon & Schuster Children’s
Published: 2007
Where we got it: In a cereal box, I think?

Get a WHAT!?
Free WHAT!?
DINOSAURS?

Just when a little boy thinks he’s going to die of boredom from running errands with his mom, the most remarkable, the most stupendous thing happens. He discovers that on this day, and this day only, stores everywhere are giving away a very special treat with any purchase. No, not the usual lollipop or sticker. Something bigger. Much, MUCH bigger. It’s a dream come true, except…what exactly do you do with these Jurassic treats? And how do you convince Mom to let you keep them? (Cover and synopsis from Goodreads.)

(We read the book together.)

Me: What was the book about?

Me: What was the story, though? There was a boy, right?

Kiddo: Yeah, and a mom. And dinosaurs. I guess that’s the story.

Me: What was your favorite part?

Kiddo: (Looks through the book) I think I like everything about the book. Oh, maybe when he shows the the dinosaurs where to go to the bathroom.

Me: Oh, yeah, that part was pretty funny, wasn’t it?

Kiddo: I don’t think dinosaurs ever go to the bathroom.

Me: Well, I think all animals have to poop and pee, right?

Me: Okay… What was your least favorite part of the book?

Kiddo: I don’t have any least favorite parts. I like this book a lot, so there’s no part I don’t like at all.

Me: So what did you think about the artwork? Do you like the pictures?

Kiddo: Yeah, I love the pictures. I like dinosaur pictures and stuff. But one day I want to see a real photo of a dinosaur that lived a long, long time ago.

Me: Do you think they had cameras back then?

Kiddo: Yeah. (Thinks) But for real, Mom, did they have cameras that long ago?

Me: No, because people weren’t even alive back then, and people invented cameras.

Me: How many stars would you give the book?

The Verdict…
Andrea’s Note: I LOVE this book. It is definitely one of my favorites in my kiddo’s collection. It is full of such great humor that parents will love, and kids will love the idea that a kid could have their very own dinosaur!
The kiddo gave When Dinosaurs Came with Everything 100 stars, but I’m going to translate that over to my 1-5 star rating system, and give it:

5 big stars from both of us. It’s a hit for both kids and parents!

Find it:  Goodreads │ Amazon │ Simon & Schuster
Disclaimer: We received this book inside a cereal box years ago (I think). We were in no way compensated for this review. 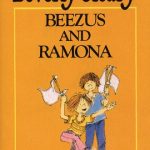