Hi everyone!  I’m super excited to be a part of the cover reveal for Dear Cassie, by Lisa Burstein!  I loved Pretty Amy (my review here), and Cassie was one of my favorite characters in that book (even though she didn’t always treat Amy very well).  I also have an excerpt from Dear Cassie to share, plus there’s a fantastic contest going on!

So, without further ado, here’s the cover for Dear Cassie (and be sure to scroll down for the excerpt and contest!): What if the last place you should fall in love is the first place that you do?

You’d think getting sent to Turning Pines Wilderness Camp for a month-long rehabilitation “retreat” and being forced to re-live it in this journal would be the worst thing that’s ever happened to me.

But there’s this guy here. Ben. And the more I swear he won’t—he can’t—the deeper under my skin he’s getting. After the thing that happened, I promised I’d never fall for another boy’s lies.

And yet I can’t help but wonder…what if?

We kept walking on the lake trail, the bullfrogs croaking. There was also a humming in my ears from the nicotine.
It could only be from the nicotine. It had nothing to do with being outside, at night, alone with Ben. It had nothing to do with Ben coming to the cabin and taking me instead of Nez and it definitely had nothing to do with the stars above us shining like they were the sky’s tiara.
I stopped on the trail and looked up, taking them in, when all of a sudden bright colored lights exploded in the sky—fireworks, one after another, on top of each other, huge kaleidoscopes of light, like sparkling rainbow spiders.
“How did you know?” I asked, my voice going softer, like if I talked too loudly they would stop. It was so beautiful, after weeks of so much ugly.
Ben turned to look at me, the colored lights in the sky turning his skin pink, blue, green. “I’m magic.” He shrugged.
I geared up to tell him to fuck off, because that was some corny-ass shit, but then I realized that he really kind of was. In that moment he was able to actually make me forget being me.
“I would try to kiss you,” he said, “but I’m afraid you’d kick me in the balls.”
“I probably would.” I laughed, the sky filling with noisy color like paint launching from a giant popcorn popper. “But like I said, it wouldn’t be about you.”
“I guess I’ll have to figure out how to make it about me,” he said, taking off his boots and socks and standing. “Come on.”
“There is no way I am getting near that water again,” I said.
“I’ll make sure nothing happens to you,” he said, holding his hand out to help me up.
I looked at his palm, open, waiting, just wanting to hold mine. For once, I didn’t think about anything except that there was a cute, sweet, smart-ass boy standing in front of me with his hand out.
I pulled off my boots and socks and took it.
We stood at the lakeshore, our hands still clasped, the water licking our feet, fireworks decorating the sky.
I turned to him. He was looking up, his mouth open in wonder like he was trying to swallow the moment.
It was definitely one worth keeping. Lisa Burstein is a tea seller by day and a writer by night. She received her MFA in Fiction from the Inland Northwest Center for Writers at Eastern Washington University. She lives in Portland, OR, with her very patient husband, a neurotic dog and two cats. Dear Cassie is her second novel.

Since DEAR CASSIE is told in diary format, I have an EPIC CONTEST to celebrate DEAR CASSIE’ s cover reveal- with a chance FOR YOU TO BE PUBLISHED in the final book!

I want you guys to share diary entries of your favorite fictional characters with me. That’s right, choose ANY character from books, TV, movies, a cereal box and write a 500-750 length diary entry from their point of view.

As an example, I have received a diary entry from the POV of Caroline Forbes from The Vampire Diaries, but you can choose ANYONE!

We will choose the top 5 and then let the masses vote on their favorite. The favorite will be published in the final version of DEAR CASSIE. You read that right, published with the author’s name! The additional four will win $20 book buying gift cards.

So get diary-ing! Send you entries to prettyamystories@yahoo.com by January 1st!

Voting for the top 5 will begin January 7th, with the winner being announced January 14th!

So much awesome in one post!  I’m so excited for this book to come out, especially now after reading that excerpt (I love that part about “the sky’s tiara”)!  And I’ll be brainstorming for the next few days to figure out which fictional character I could write a diary entry for!

What do you guys think of the cover?  Are you as excited as I am to read Dear Cassie? 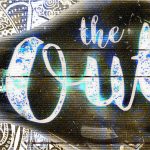