This mini-challenge is hosted by my blogger friend Steph @ The Fake Steph Dot Com.  Steph wants us to talk about our favorite unlikely heroes, trouble makers, or anti-heroes!  Basically really flawed characters that we love despite the horrible things they do and say!
I can’t really think of any characters that I’ve read that I really loved that really fit the bill, but I know of two characters from TV that totally do!  And actually, I guess these count because one show was adapted from a book series and the other has been made into graphic novels!  Woohoo!
Damon Salvatore from The Vampire Diaries I haven’t read any of The Vampire Diaries series yet, but I own the first book and I’ve read some of L.J. Smith’s other books. Damon is such a bad guy, but I guess he’s not at the same time.  Still, he has done some horrible things.  But I LOVE him.  It might have something to do with the fact that Damon is played by Ian Somerhalder.  But just maybe. ;)
Sylar from Heroes I haven’t read any of the Heroes graphic novels but I’d love to!  And I loved the show (or the first couple of seasons, at least) and Sylar was definitely my favorite character.  I mean, I hated him at first because he was so evil, but after a while I started rooting for him!
So, who are some of your favorite anti-heroes?  Leave a link to your blog if you participated and I’ll stop by! 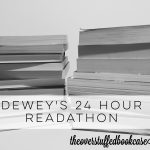